Brighton Beach / Brighton Road is a wave riding location for advanced kitesurfers only. Shore breaks, heavy surf and strong currents can be a challenge even for intermediate riders. This location can have heavy water traffic, especially downwind of the launching spot. Right of way rules and wave riding etiquette applies with all disciplines sharing the water. 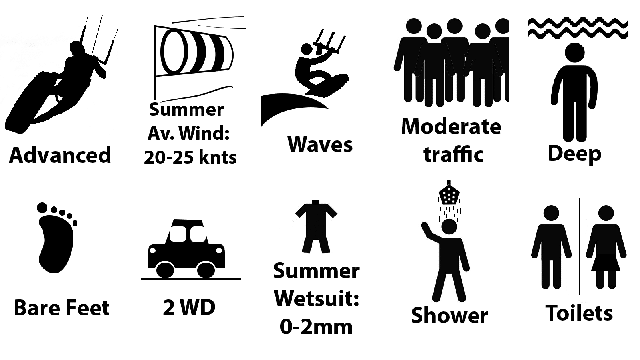 
SW: A true South-West breeze happens on occasions during the summer months.


WSW, W, WNW, NW, NNW, N: These winds will blow predominantly during winter (May-September) and are usually generated by storm fronts. They can be unpredictable, gusty and on-shore.

- Pump kites on the grass and bring the kite on the beach. Launch from the beach

- Keep your distance from other beach users

- Busy with swimmers and surfers

- Give way to other marine operations (SUP, jetskis, etc.)

- Give way to people riding waves

- Frequent theft in car park: hide your valuables and lock your car.